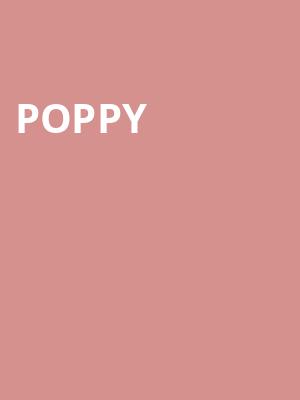 For those who haven't fallen for it yet, prepare to get caught

genre-bending poppy is in flux

Youtube has cultivated a brand new wave of musicians over the years but no one else has had quite the same effect on pop-culture than Poppy. Not one to shy away from the strange and wonderful Poppy, alongside her co-collaborator Titanic Sinclair, has carved her own niche in the internet era. Don't miss her live in 2021 as she takes to the road again in support of her forthcoming release, Flux.

Beginning her days on YouTube, Poppy has drawn in a vast fan base with her pop-art music videos, heavy synth-pop sound, and her angel-like appearance. An expert in 'weird', Poppy doesn't feel the need to conform to the 'usual' or 'normal' aesthetic that so many of her peers are trapped in. Now onto her third album Poppy shows no sign of bowing out of her 'kawaii Barbie child' style and with Titanic Sinclair still at her side, it seems that Poppy is on the rise.

So good. Entertainment to the max! It was clear that the Poppy fans we're... more

PoPPy! but wait... then there's her band? Who are these guys? Some of the... more

Sound good to you? Share this page on social media and let your friends know about Poppy at The El Rey Theater.